I received e-mail from Alexis Atherton who opened “You were spot on regarding the message of the film” and then went on to explain numerous ways in which I was not quite spot on! And pointed out important aspects that I hadn’t appreciated and subtle symbols that I hadn’t noticed. Most of what Alexis wrote seems right to me, and even the weaker points are reasonable and nothing I would argue against. The indented text below is by Alexis Atherton and is included here by permission.

I told a lady with whom I played golf the story of the movie and while giggling she responded that it sounded quintessentially French—she grew up in France and was sent to English boarding schools at a very young age. The French hold dear to the notion that culture is paramount and the nuances that comprise French culture are sacrosanct. They also hold dear the value of the individual within that culture as well as the importance of family and friendship. Where does creativity come from if not the individual? The individuals and their bonds comprise a family who are connected to others by friendship, and a society is comprised of all of those individuals and relationships. Lines on a map and a flag make a nation but cultures are the glue which holds it together.
The movie is more about passion and the importance of the bonds that we share, especially with family. I think your comments about soulless, tyrannical corporations were absolutely correct, but I think the writers were making a comment on what effect the corporate model has on a culture. At the beginning of the movie, the plot starts with the grandmother trying to find the element that will spark her grandsons’ passion: The puppy, followed the train set, and finally success with the bicycle. We see the connection of his interest and passion with the bike by the fact that his parents were shown in a seemingly happy moment in an old photograph on his wall on a bicycle—so the bicycle represents love and happiness for the young cycling grandson.
It seemed pretty clear that the story was trying to make a comment on something the French have dealt with for centuries: Bullies of one sort or another. The aristocracy and royalty, the church at times, politicians. Big business is just the new bully that is exploiting and stifling the individual, which in turn affects the family as represented by the grandson and the grandmother as well as the triplets. I like your comment about the trains and how they represent progress. In this context, it makes the dog Bruno’s experience with the trains even more comical. The fact Bruno dislikes trains so much started with the fact that the child’s attention was directed at his toy trains, and then the toy train running over his tail catalyzed his hatred of trains. The grandmother’s passion lies in the happiness of her grandchild.
I think the audience of mafia characters in the betting room was a statement on an elitist system. Compare the economist J.Stiglitz’s paraphrase of Abe Lincoln: “of the 1 percent, by the 1 percent, for the 1 percent” (his description of the current economic and political paradigm in the U.S.). In this case, it was a roomful of CEO/thugs who were the recipients of the entertainment and had all of that disposable income to throw around on betting, while exploiting the bicyclists for their entertainment. It was the new King’s court, or oligarchy, or group of pigs at the trough at the expense of the weaker, unwitting individual of the story—a tilt of the cap to George Orwell.

History, Geography, and French CultureThere are certain references within The Triplets of Belleville that American audiences may not be receptive to because these references are intended for French audiences. The mania surrounding the Tour de France, for example, may not be ingrained in the American audience’s cultural encyclopedia. Similarly, certain character and setting designs may hold particular meaning for French audiences that does not carry over to American audiences. There may be, for example, a signified meaning for French people in the way the bicyclists are drawn and are animated in an almost equine manner. 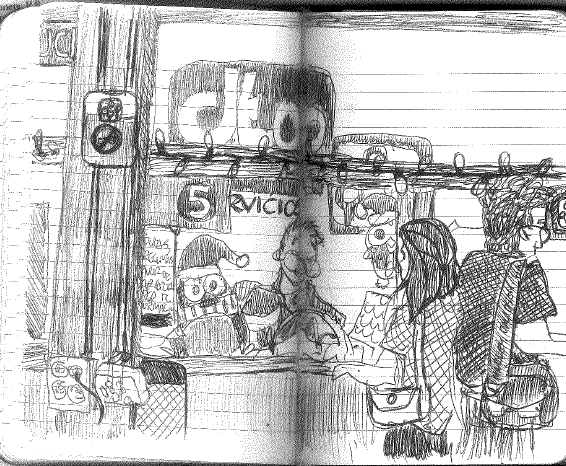 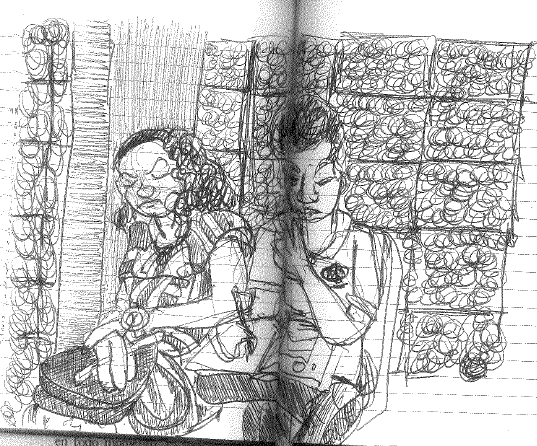